This week, (another) row erupted over Oxbridge’s university curriculum, but this one hit the front pages of the Telegraph and Mail in a particularly disturbing way.  The Telegraph had a photograph of Lola Olufemi, women’s officer for Cambridge’s student union, with the headline, “Student forces Cambridge to drop white authors” (https://www.theguardian.com/commentisfree/2017/oct/25/decolonise-cambridge-university-row-attack-students-colour-lola-olufemi-curriculums).  To be honest, when I first read it, I laughed; the day that a BAME woman “forces” Oxbridge to do anything will be the day that Queen Elizabeth will hand over her crown to Paddington Bear.  But these papers (I have a hard time attaching the word “news” to them) do not believe what they are printing either; it is a good headline that fuels the hate and suspicion of “foreigners” trying to “destroy our way of life”.  In fact, the letter signed by Olufemi—and about 100 other students, by the way—did not call for the dropping of white authors, but the inclusion of marginalized authors.  A similar “threat” was, according to Sky News, posed by Malorie Blackman when she called for more diversity in children’s books.  Sky reported her comments, erroneously, as children’s literature having “too many white faces” (https://www.theguardian.com/books/2014/aug/26/malorie-blackman-racist-abuse-diversity-childrens-books). Blackman faced a volley of racist abuse on Twitter following the Sky report, which is of course ridiculous—since Blackman’s own work often references “canonical” literature, such as that sort-of-famous writer William Shakespeare.

The Royal Shakespeare Company adapted Blackman’s Noughts and Crosses, which they promoted as a modern-day Romeo and Juliet.

Why is it that literature is such a focus of fear when it comes to decolonization?  Music has always been open to crossover influences.  In Britain’s relatively recent history, music has even been a catalyst for societal change.  In the 1950s, calypso musicians helped London clubbers cross racial lines (see http://www.blacklondonhistories.org.uk/uncategorized/co-existence-through-calypsos-and-cockney-cabaret/ for a discussion of this, with a link to a British Pathé newsreel of one such event).  White jazz artists and Black calypsonians learned from each other. In the late 1970s and early 1980s, punk and reggae artists united to fight the National Front in the organization Rock Against Racism; the Clash began incorporating reggae influence into their music and no one worried that British punk would collapse.  Literature, like music, involves dialogues with other works of art and with society at large.  New books do not replace old books, they expand our understanding of life.  More is more, not less.

Members of the Clash and Steel Pulse did not think twice about decolonizing music.

With that in mind, I’d like to suggest some ways that books by white Britons, often canonical, can be introduced to readers in tandem with BAME writers in order to illuminate both—and more importantly, to light up the minds of young readers.  The first comparison I’ll suggest is one that I stole from Lissa Paul, who in Beverly Lyon Clark’s and Margaret Higgonet’s Girls, Boys, Books, Toys suggests pairing Robert Louis Stevenson’s A Child’s Garden of Verses with Grace Nichols’ Come on into my Tropical Garden (A&C Black, 1988).  This works nicely, but then, most of Nichols’ collections can be thought about sitting comfortably alongside canonical British poets, as Nichols was of the Caribbean generation brought up reading Wordsworth and others—particularly the romantics and Victorians.  Nichols’ poems can also be used to give depth to a study of art—but that is another story (or painting).

Come on into my garden of verses: Nichols book, illustrated by Caroline Binch, pairs nicely with the canonical RLS.

The picture book canon in Britain might also be radically revisioned by looking at BAME authors.  I am a great advocate for teaching young readers the politics of ABC books, for example.  “A” is only for apple in certain parts of the world, as putting Brian Wildsmith’s beautiful ABC book from 1962 next to Valerie Bloom’s Ackee, Breadfruit, Callaloo (Bogle L’Ouverture, 1999) will instantly reveal.  That doesn’t make Wildsmith’s apple any less beautiful—but it does allow young people to think more flexibly about what language (and not just letters) are for. 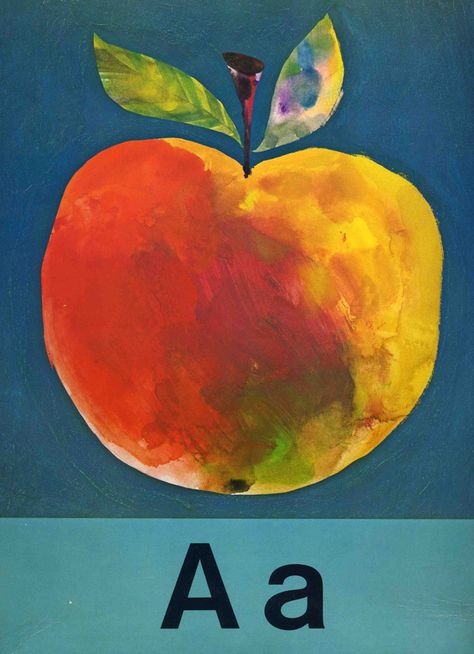 A is for Apple–or Ackee. Illustrations by Brian Wildsmith (apple) and Kim Harley (ackee).

One of my favorite books growing up was Judith Kerr’s When Hitler Stole Pink Rabbit, and of course this can be discussed with any of the many refugee books that have appeared about characters from Africa or the Middle East in recent years.  A book such as Benjamin Zephaniah’s Refugee Boy (Bloomsbury, 2001) shares some similarities with Kerr’s book, but has key differences too.  Having kids think about the difference between being a refugee family and being a refugee on your own, for example, can help them think about what it means to belong, and what helps a person cope with trauma.

The “desert island adventure story” has not really been the same in Britain since William Golding’s dreary, dystopic 1954 Lord of the Flies, a re-imagining of Ballantyne’s 1858 Coral Island (itself a “boys’ version” of Robinson Crusoe).  LOTF is a text that can stimulate discussion about community, leadership, gangs, bullying and violence.  So too is Alex Wheatle’s Crongton Knights (Atom, 2016); and Crongton can be seen as an “island” in the midst of London, since most of the main characters never leave its confines.  Does Wheatle’s book present an urban dystopia similar to Golding’s dystopian island?  Or do the Crongton boys have skills, resources, values and attitudes that help them survive better than Golding’s post-war public school boys?  Or both?

Perhaps she’s looking so grumpy because she’s about to be decolonized . . .

But books do not have to be of the same genre to be compared.  Take Alice in Wonderland—you can’t get more canonical than that—and think about Alice, a girl in a world that makes no sense to her, where the rules seem arbitrary and designed to threaten everyone in general but her in particular.  Even if you don’t discuss the commentary on Victorian society that is highlighted through John Tenniel’s illustration, you can still compare Alice’s situation with a character such as Mary Wilcox in The Curious Tale of the Lady Caraboo (Penguin 2015).  Both girls face threats to their own existence and both survive through refusing to accept society’s arbitrary rules.  Maybe it’s time we stop applying our own arbitrary rules to literature, and start decolonizing our minds.