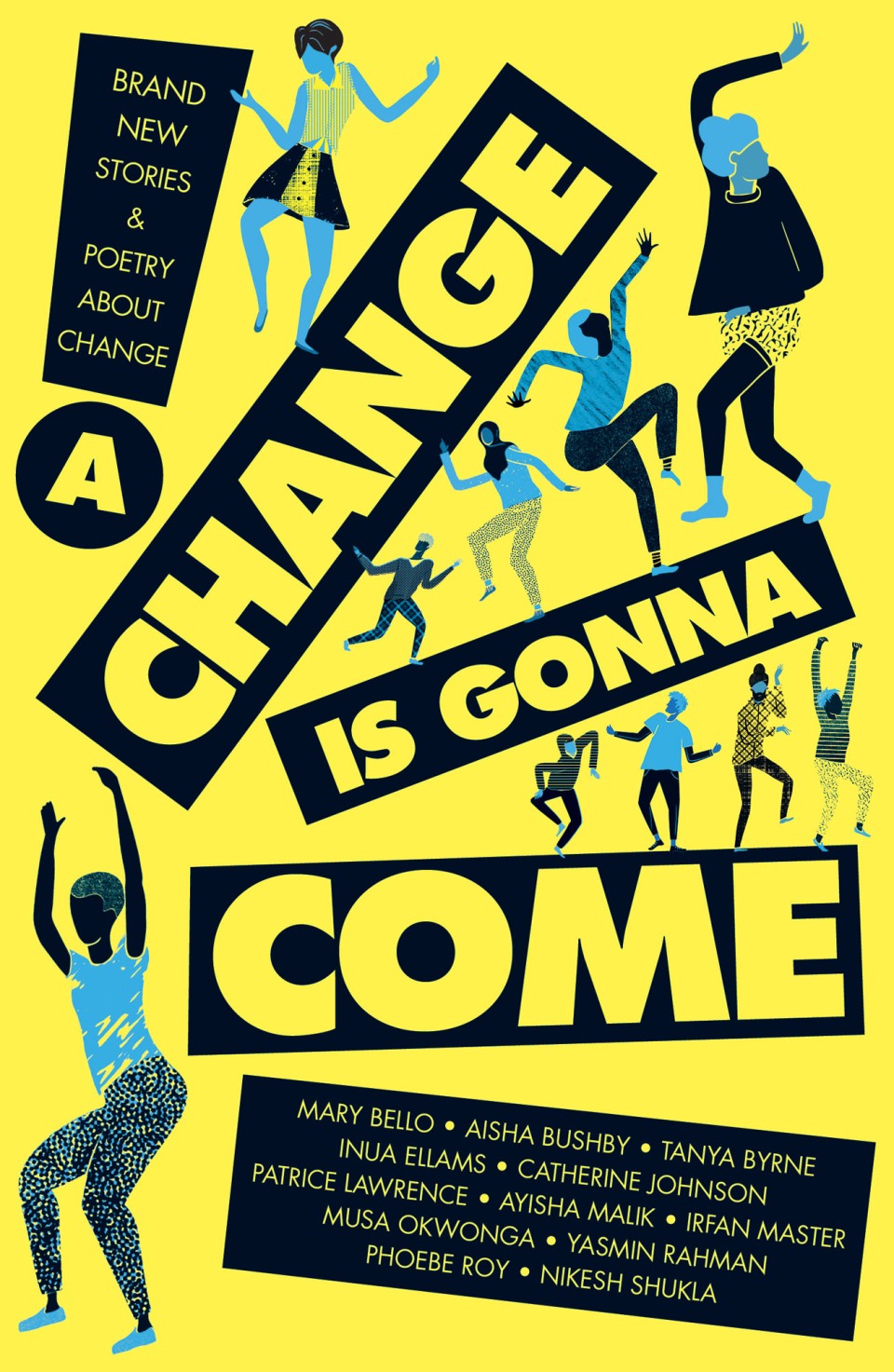 In the foreword to the recently-published anthology of fiction and poetry for young adults, A Change is Gonna Come (Stripes, 2017), philosopher Darren Chetty writes, “We can think of change as the space between who we are and who we want to be—between being and becoming—as individuals and as communities” (7-8).  This sentiment entirely encapsulates the motivation behind the Diverse Voices? symposium I helped to organize with Seven Stories, the UK’s National Centre for the Children’s Book, and Newcastle University, a symposium where Chetty was a participant.  During my year as Leverhulme Visiting Professor (2015-16), I formed a relationship with the people at Seven Stories Archives—archivists, curators, and librarians—that was both personal and professional.  They were supportive of (and occasionally amused by my revolutionary passion for) my project to make Black British literature a more “normalized” part of British children’s literature.  As I put it in the book that resulted from that year at Seven Stories, “The face of Britain might have changed after World War II, but not necessarily the hearts and minds of white British people.  This is partly because the Blackness of Black Britons was made manifestly obvious and continually depicted as Other; but the whiteness of white British society has remained largely invisible” (Children’s Publishing and Black Britain 5).  Friday’s Diverse Voices? symposium, held at Seven Stories, allowed some of the brightest thinkers in writing, publishing, librarianship and academia to come together and think about ways to ensure that real change would finally come to the UK’s children’s literature.  Today’s blog highlights some of the thoughts (both from Friday and from their more public commentary) of the main speakers of the day.

Verna Wilkins discusses her life in publishing for a multiracial Britain at the Diverse Voices? symposium.

Catherine Johnson encapsulates the idea of Britishness/whiteness in her short story from A Change is Gonna Come, “Astounding Talent! Unequalled Performances!”  In this story, the young protagonist is told to, “Fight the world . . . You are a black man in a white world.  A foreigner” (69). When the main character protests that he was born in Norwich, the man responds, “I doubt if anyone else sees it that way” (70).  Although I was familiar with this attitude, that if you are Black, Britishness is out of reach, I knew that Seven Stories did not want to mirror this sentiment in their museum or archives.  Collections director Sarah Lawrance pointed out on Friday that, “We have a longstanding commitment to collecting diverse authors and materials” at Seven Stories, but it has not always been an easy task for them.  Part of my remit during my Leverhulme year was to provide some recommendations for expanding the collection, but I was very conscious of the fact that I—like most of the Seven Stories staff—was white and middle-class, and an American to boot: the very picture of privilege.  What is the point of a person who has always been privileged enough to raise her voice (in revolution or otherwise) speaking on behalf of those whose voices have been historically sidelined?  I did not want to replicate old histories.  I suggested we bring some intellectuals—writers, editors, librarians, publishers, academics, book people—from historically-marginalized groups to Seven Stories to hear from them directly.  Sarah agreed—as did so many of the great names that we invited. 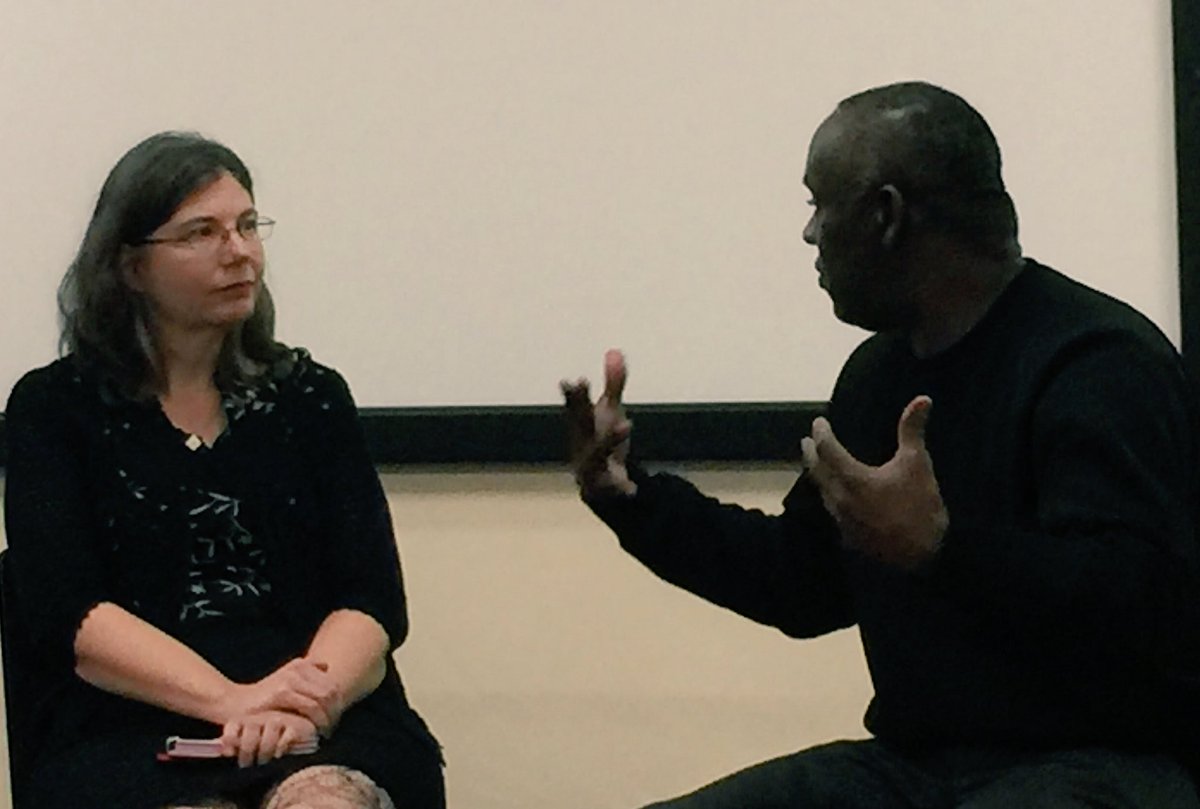 We called the symposium “Diverse Voices?” because it left open the question of whose voices were heard and where those voices were welcome. It became part of Newcastle’s Freedom City project, a celebration of the 50th anniversary of Newcastle University’s granting an honorary doctorate to Martin Luther King, Jr.  The themes of Freedom City were those that King mentioned in his speech at the ceremony: the effects of war, poverty and racism on society.  King had come to Newcastle from my current hometown of Buffalo, where he argued that these problems affected young people the most because “the best in these minds cannot come out” when they have to worry about their education, their housing, their ability to make their voices count.  I was lucky enough to discuss these ideas with author Alex Wheatle, who said that the characters in his Crongton series were affected by all of these issues—from World War II, which brought so many of their parents and grandparents to Britain, to the day-to-day poverty that prevents them from reaching their goals, to the institutional racism that keeps them “in their place”.  All of Wheatle’s young adult characters in his Crongton series have creative and artistic dreams, but there remains a question over whether they will be able to achieve them.  As he said at the symposium when talking about how whiteness influences prize-giving, “Otherness wasn’t quite adjudicated for.”

Candy Gourlay’s Tall Story is about being “other” for a lot of reasons–not about being white.

Otherness, or rather being othered, was something that had affected many of the speakers at the symposium.  Filipino writer Candy Gourlay mentioned that her work had been translated to television with her main characters depicted as white because there was always “the assumption that if I had a hero, my hero would be white”.  SF Said wondered if by only listing his initials on his books, he had created the same assumption: “The minute I took away the obvious ‘difference’ of my name, doors opened for me.”

Some of the participants mentioned historical moments when those doors were opened because of cultural change; author Beverley Naidoo talked about how “There were really close connections between anti-apartheid movements and what was going on in the UK” in the 1970s and 1980s.  And librarian Jake Hope reminded the audience of the “radical roots” that led librarians (Black and white) to demand changes in publishing during that same time period.  This sense of history was underscored by author Patrice Lawrence, who highlighted the importance of the historical record: “The joy of looking at archives,” she said, is that “you come to understand how we got to where we are.”  And archivist and author S. I. Martin pointed out that archives could teach more than just adults: “Archives are a world that kids can write themselves into.”

S. I. Martin (pictured), Patrice Lawrence and Sarah Lawrance all discussed the importance of archives to the promotion of diversity in society at the symposium.

There was at times a rumbling undercurrent of concern that the symposium was a good start whose promise might never be fulfilled.  Author Ifeoma Onyefulu spoke those concerns out loud when she said, “It’s good to talk, but where’s the action?”

Onyefulu’s A is for Africa is one way that she makes a difference–a difference she expects everyone to try to enact.

Many of the symposium participants found the pace of historical change too slow, and did not wait for a space to be made for them.  Verna Wilkins, the founder of Tamarind and then of Firetree Books, talked about how her life’s work was “an attempt to redress the balance” in the world of publishing.  The illustrator Yu Rong spoke about seeing a hole in the publishing world: “There is very little about China and Chinese people in UK children’s books” and so Rong has done her best to fill up that hole, at least a little bit. But for almost everyone at the symposium, action by one group of people was not enough to bring real change for everyone.  Instead, it will take hard work and difficult discussions to change children’s literature in the UK if we are going to make every child feel a sense of belonging in the world of books.  We must read differently—think differently—speak differently.  We must cross the barriers that keep us apart by any means necessary.

We have to talk, and continue to talk, to each other–even when those conversations are difficult.

In Sita Brahmachari’s recent book for the publisher Barrington Stoke, Worry Angels (2017), she writes about the difficulty and necessity of communication:

“If someone doesn’t speak the same language as you . . . when you want them to understand not just the words that you say, but what you feel, then you try to speak in any way that you can . . . with your hands, with your eyes, with pictures in the sand . . . You act things out . . . you let the feeling show in your whole body . . . whatever way you can to show them you want to be your friend” (71).

It is this kind of communication we need to keep up between us all, even when it is hard.  When it goes wrong—as it will—we must keep on trying.  This is the only way to ensure that the change we want will come in British children’s books—for all kids.

3 thoughts on “A Change is Gonna Come: The Diverse Voices Symposium at Seven Stories”