My least favorite Christmas songs involve people feeling sorry for other people.  There’s no better way to encourage smug self-satisfaction about your superior life than listening to songs where people buy shoes for little boys who have mothers with cancer.  At least the shoe song is about local, face-to-face charity.  The all-time most annoying Christmas song, in my opinion, is Bob Geldof’s 1984 “Do They Know it’s Christmas?”, a world-wide smash hit and Christmas Number One in the UK.  I know that I am not supposed to hate this song, because all the profits went to help sick and starving children in Africa—not once, but three times (it was re-recorded in 2004 and 2014, both times as charity singles).  But this song embodies for me all that is wrong with formerly (?) imperial countries and the way that they understand the world.

First, there is the idea that white westerners must save the Africans.  This is problematic on two separate accounts.  One, it ignores the fact that white, western countries stripped African countries of people and resources for hundreds of years through colonialism, and continue to do so—just ask the UK supermarket chain Iceland, whose Christmas advert heralding their ban on palm oil, the harvesting of which destroys orangutan habitats, was banned for being “too political” (https://www.theguardian.com/media/2018/nov/09/iceland-christmas-tv-ad-banned-political-greenpeace-orangutan).  Nowhere in Geldof’s song does it suggest that Britain might help Africa because Britain helped cause the problem in the first place.  Two, even if you quibble with the notion that European colonialism continues to affect African countries, the idea that Africans need pity (rather than, say, economic development, fair trading practices, or reparations) perpetuates a racial hierarchy that is often felt much closer to home in the UK or US.  Several children’s books written by people of colour detail the humiliation of being compared with “pitiable” Africans; Kate Elizabeth Ernest’s semi-autobiographical Birds in the Wilderness (Methuen 1995), for example, includes a school lesson about the famine in Biafra (1967-1970).  After hearing from Sister Agnes tell the class that “We in the West are fortunate to have fertile land, enough food, water and wealth . . . We must help those who are less fortunate” (29), Hope watches the pictures of the Biafran famine with horror and shame.  “How could Grandpa be proud to be descended from Africans?” (29) she asks.  Then she realizes that the rest of her class associates the starving children with her, even though she is from Jamaica: “I was the only black girl in the class and everyone looked at me” (29).  Hope’s classmates learn the lesson that it is acceptable to be racist, as long as you are charitable while doing so.  As Bono famously sings in the Geldof song, “Tonight thank God it’s them instead of you.” 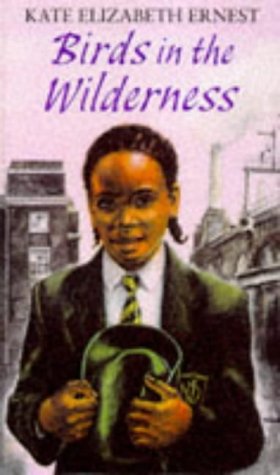 The linking of race and poverty (consciously or not) is the most egregious of problems with “Do They Know it’s Christmas?” but it is not the only one.  Simplistic attitudes toward “the world outside your window” range from the idea that “there won’t be snow in Africa this Christmastime” (it actually does snow in Ethiopia, although not in the plains); to the idea that all Africans would care if they knew it was Christmas (about a quarter of the population is Muslim, to say nothing of other non-Christian religions); to the idea that if people don’t have the consumer trappings of a Western-style Christmas, then they will not recognize the day as Christmas.  Rachel Isadora’s The Night Before Christmas (Putnam 2009) tries to counter some of the stereotypical attitudes toward Africa by resetting Clement Clarke Moore’s 1823 poem, “A Visit from St. Nicholas,” in Africa.  Her dreadlocked Santa visits a family in Africa, bringing snow in his wake and providing presents from his sack.  Isadora, who is white American, lived in Africa for ten years, and has redone a number of traditional European and American tales by placing them in African settings; and although I think they are designed more to counter those naïve stereotypes about people in Africa for white people than I think they are for Africans themselves, it is still nice to see a book with a Black Santa on the cover.

There will be snow in Africa–and Santa Claus too.

I thought about imperialism and its continuing effects too when I saw the cover of Esmeralda Santiago’s A Doll for Navidades (Scholastic 2005), which shows two brown girls cuddling a white doll.  Santiago, who is Puerto Rican, and illustrator Enrique O. Sanchez, who is Dominican, did not accidentally depict a white, blonde, blue-eyed baby doll.  The story is based on an incident from Santiago’s own childhood, when she longed for a doll like her cousin had and specifically requested the blonde blue-eyed baby as a present.  This recalls Kenneth and Mamie Clark’s infamous 1950 “doll test” in which all children of any colour who were offered white dolls or black dolls chose the white dolls.  The experiment was used as evidence in the Brown vs. Board of Education decision to demonstrate the effects of systemic racism on children’s self-image.  Two of my former students—one Puerto Rican and one Dominican, as it happens—are currently looking in to what it means to have “national” children’s literatures in places where the shadow of imperialism (economic, political and cultural) still affects people on a daily basis.  What is interesting to me about Santiago’s book is that, while she allowed the white baby doll to remain, and titled the book A Doll for Navidades (Christmas), the book itself focuses on the difference between an American concept of Christmas and the Puerto Rican traditions.

Giving the readers what they expect? Santiago doesn’t get the doll, and she doesn’t get anything for Christmas, because gift-giving in her Puerto Rican childhood happened in January.

The main character does not ask Santa for the doll, nor does she get gifts at Christmas.  The family go to midnight mass on Christmas Eve, and eat traditional dishes on Christmas Day, but the gift-givers are the Three Kings, and the gift-receiving day is January 6th (their feast day).  Again, these are, I believe, deliberate choices.  Santiago, writing for an American audience, allows readers to think they are getting a story that mimics American stories of writing to Santa with demands—but then, without fuss, gives a story that introduces other customs.  Further, the main character does not get the doll because her family cannot afford it; but this is not a story of wretched poverty and reluctant self-sacrifice.  Her sister gets the doll, and—seeing the protagonist’s disappointment—asks her to be godmother to the doll.  The children had learned to desire the consumer object made in a white western mode, but tradition and familial love made Christmas (and Three Kings’ Day) a memorable feast.